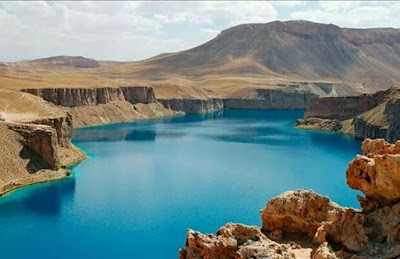 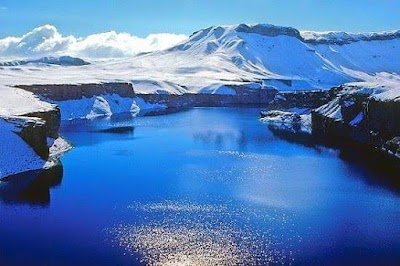 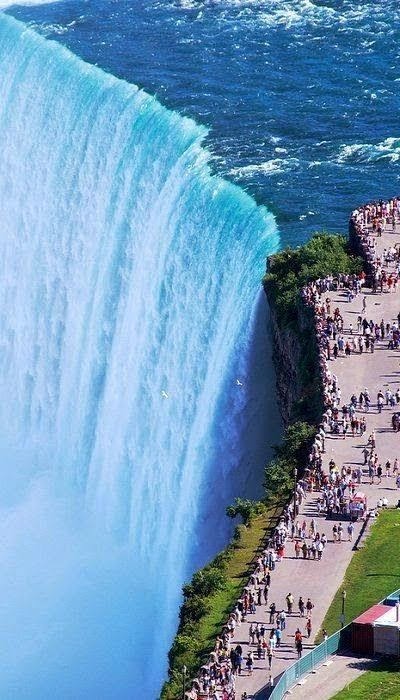 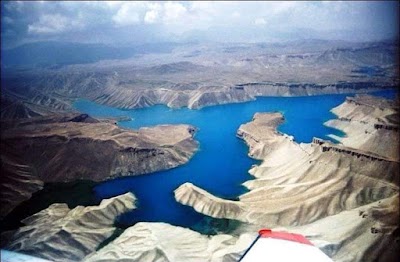 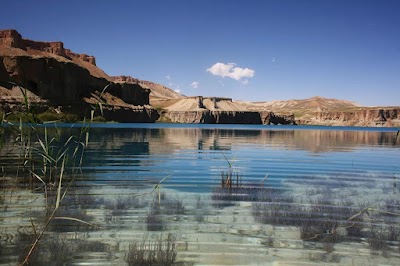 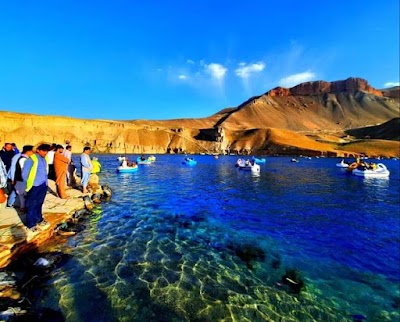 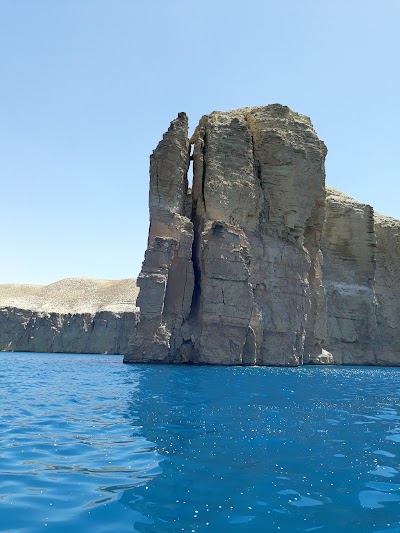 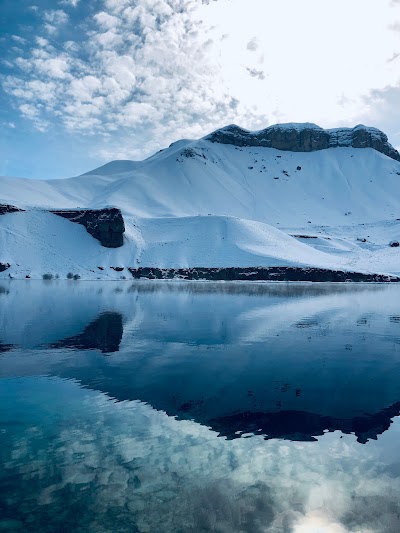 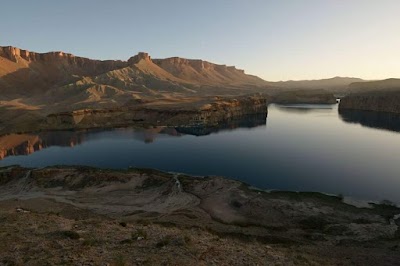 Harsh Soni (08/28/2019)
Band-e Amir National Park (Persian: بند امیر‎) a national park located in the Bamyan Province of central Afghanistan.[1] It is a series of six deep blue lakes separated by natural dams made of travertine, a mineral deposit. The lakes are situated in the Hindu Kush mountainsat approximately 3000 m of elevation, west of the famous Buddhas of Bamiyan. They were created by the carbon dioxide rich water oozing out of the faults and fractures to deposit calcium carbonate precipitate in the form of travertine walls that today store the water of these lakes. Band-e Amir is one of the few rare natural lakes in the world which are created by travertine systems. The site of Band-e Amir has been described as Afghanistan's Grand Canyon, and draws thousands of tourists a year.[2] The river is part of the system of the Balkh River. The name Band-e Amir literally means "Commander's Dam" which is believed by some to be a reference to Ali, the fourth Caliph of the Muslims. The area is dominated by ethnic Hazaras, who are estimated to make up about 10 percent of Afghanistan's population. In her 1970 guide to Afghanistan, Nancy Dupree wrote that a full description about Band-e Amir would "rob he uninitiated of the wonder and amazement it produces on all who gaze upon it". Parts of the 1975 Bollywood film Dharmatma, with Feroz Khan and Hema Malini, were filmed at the Band-e Amir National Park. In 2004, Band-e Amir was submitted for recognition as a World Heritage site. Efforts to make Band-e Amir a national park started in the 1970s, but were then put on hold due to the wars. In April 2009, Band-e Amir was finally declared Afghanistan's first national park. As of 2013, about 6,000 local tourists visit the Band-e Amir National Park every year. The area is protected by a small number of park rangers.